The  music industry is no doubt the fasted growing industry in the world, over the years we have seen music act becoming bankable than the bankers, here in Nigeria the story is even more juicy from secular to gospel,this edition of  ON THE SPOTLIGHT is one of the next rated gospel act who is no doubt ready to take the world to the next phase using music…..here is BENNY 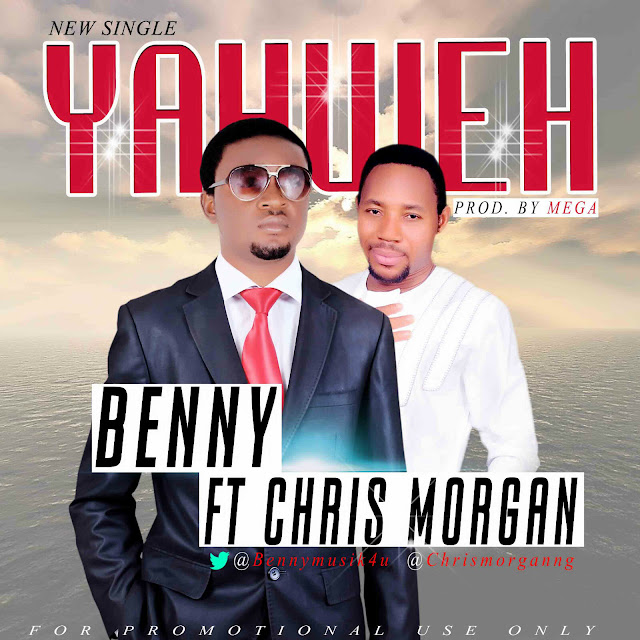 BENNY is a music director, multi instrumentalist and song writer. He started music professionally in 2010 in his university days at ATBU Bauchi, he has been involved with music before then as a chorister in his  local church. He was the music director of  “AGAPE VOICES”  of the Agape loveworld ministries, Bauchi until he graduated from the university. He has been part of some musical bands as a keyboardist, bassist, lead vocal and song writer and has shared the stage and worked with notable gospel artistes like Eunice morgan, Chris morgan, Dben, Emye fortress, etc . Benny is currently

YAHWEH is one of the hitz you should be ready for,it is  a simple contemporary gospel tune from BENNY’s yet to be released album “ The Unstoppable” that will surely bless your heart, The song is aimed at acknowledging the existence of the almighty who is YAHWEH ‘ The great I am’    Worship minister CHRIS MORGAN was featured on the song  and was produced by MEGA, it’s expected to drop on the 2nd of August 2015. The song was divinely inspired according to BENNY  and its slow tempo makes it unique and different from the previous singles by BENNY,  YAHWEH is a song that will bless its listeners and it’s a song that will carry everyone along because of its simple lyrics  and production  but unique, Keep your fingers crossed ,I will be dropping his job on 2nd of aug. until then why not connect with BENNY
on any of these platforms and also download his songs
Email : Bennymusik4u@gmail .com
Facebook: www.facebook.com/ben4uu
Twitter : Twitter@bennymusik4u
Whatsapp :07033077389
BBM:33439AF5