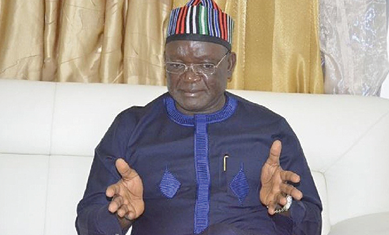 Eight lawmakers of the Benue state House of Assembly under the All Progressives Congress, APC, have served impeachment notice to the Governor of the state, Samuel Ortom who last week defected to PDP.

According to Ortom’s spokesman, Tahav Agerzua, the lawmakers took over the Assembly complex to sit and pass the impeachment notice while the police blocked further access.

At the moment a detachment of heavily armed policemen have currently shutdown the Benue State House of Assembly and even workers have being denied access.

Before now, youths in the early hours of today had trooped en masse to block the Benue Assembly complex over what they claimed was plots by some politicians loyal to APC led Federal government to impeach Governor Samuel Ortom who just dumped the party for PDP.