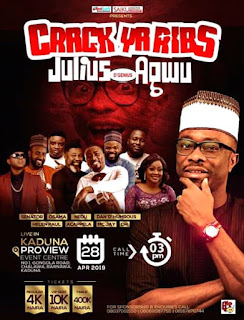 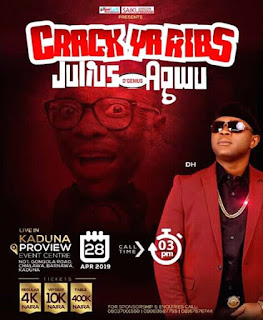 REEL LAID ENTERTAINMENT is the parent company for organizing, promoting and managing JULIUS (THE GENIUS) AGWU. It is a known fact that the said brand has Pioneered many first in the comedy industry. They have also discovered and given many high profile Entertainers their first platform. We therefore want to key into this opportunity in Kaduna to organize and stage the first ever CRACK YA RIBS event in Kaduna. 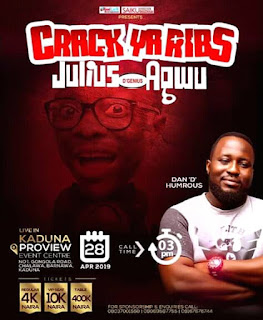 REEL LAIF ENTERTAINMENT with the help of SAIKO GLOBAL CONCEPTS and other influencers in Kaduna Has come together to bring this epoch that attracts over 5,000 audience. Over the years, a lot of people travel to be a part of CRACK YA RIBS event with JULIUS (THE GENIUS) AGWU both within and outside the shores of this country. 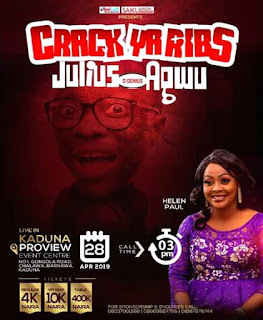 Business owners, organizations and blue chip companies in Nigeria have always lynched on the opportunity to be a part of this event in other to Cash-in on the enormous opportunity the events presents to their brands. 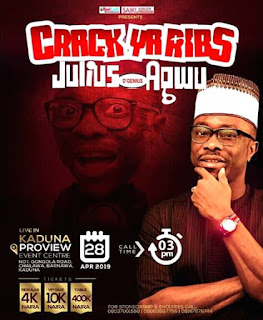 With the recently concluded electioneering period that created a lot of heightened tension and polarized the inhabitants of Kaduna State, it became pertinent to create an Atmosphere filled with entertainment where everybody can come together, relax and forget their differences and meet under one atmosphere with unity of purpose. This event will use that avenue to promote PEACE, LOVE AND UNITY among all inhabitants of Kaduna State and other neighboring communities. 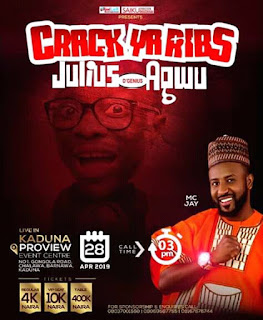 As the state prepares for the next transitional session come may 29th 2019, this program will mend fences as it breaks all political, religious and regional barriers and bring all the inhabitants of Kaduna state and environs together in a serene atmosphere and socialize together to form a synergy that unites both parties who will thereafter join hands with the incoming governor of the state to move Kaduna forward to her desired destination. 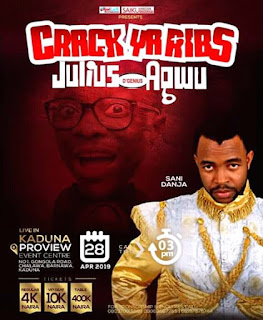 We invite the entire inhabitants of Kaduna state to come out and be a part of the event; tagged “LET PEACE REIGH IN KADUNA” Slated for Sunday April 28th 2019 at the prestigious PROVIEW EVENT CENTER. 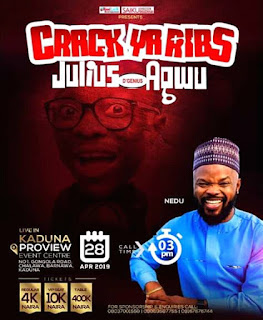 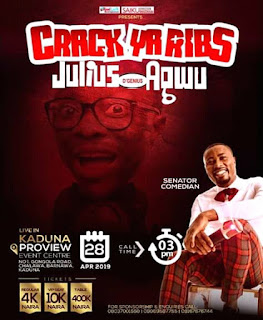 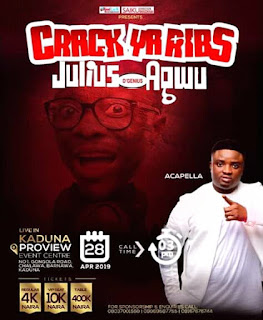 This Event promises unforgettable moments of joy, humor and happiness as it features the best of Nigeria’s entertainment industry from Lagos such as; JULIUS (THE GENIUS) AGWU, SENATOR, OSAMA, DAN THE HUMOROUS, ACCAPELLA, HELEN PAUL, MC JAY, DH and other Entertainers within and outside Kaduna.
PEACE WILL INDEED REIGN IN KADUNA AFTER THIS EVENT…