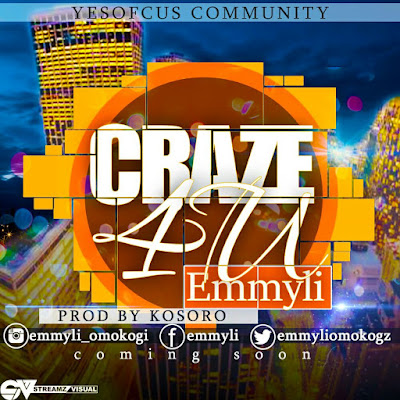 He is the baddest of them all, he is the BEST  RNB ACT at the kaduna entertainment awards 2015,He is Emmanuel Eleojo Odawn (Emmyli) R&b,Afro Pop Artist  who also  double up as a studio Engineer, base in Abuja, with the Rave is song is making i am so sure it will make u wanna fail in love again and again#craze 4 u is an inspirational love song,produce by @kosoro And it is set to drop 15th December which happens to be his birthday day……bad guy, recently concluded video (craze 4 u)  directed by @kizito
For more information follow
fanpage -Emmyli,inst-Emmyli_omokogi, Twitter-emmyliomokogz