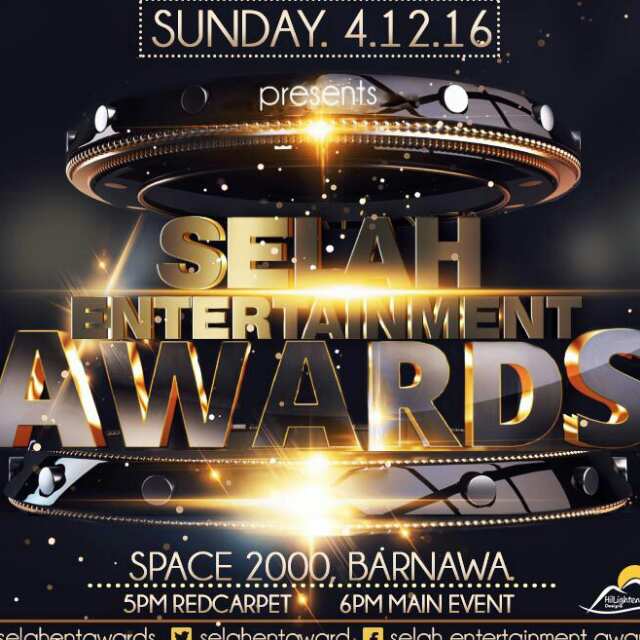 The night was one night to remember as the nominees gathered in high spirit, entertainment enthusiast from all over the state and the north as a whole converge at space 2000 event centre to celebrate their colleagues and stars for the SELAH ENTERTAINMENT AWARDS
The convener and the Mrs Martha Maiwada kasim was in High spirit as she introduced the first sets of Recognitions awards to the president and founder of Kaduna entertainment awards ,Kea Adams,for his contribution to the growth of the entertainment industry in kaduna Adams P went home with the MAN OF THE YEAR awards,Tokkida Semlek was also amongst the awards recipients for his unending support  for the industry,
Here is the full list of winners for the night
Album of the year- Obrigado Joe-E
Best collaboration Yesu shi ne masta Charlz Dogo ft Fist
Best Dance group – Spirit Quest
Blogger of the year- Kingdomboiz.com
Graphic Designer- Jabbowak Design
Limelight Award- Karami
Producer of the year- Metro beats
R&B Song of the year- Adura Leke benson
Radio Personality of the year- Jakes Tudu ( Liberty Radio)
Arewa song of the year- Zaman Lafiya Tgrand
Song of the year- Osinachi Jaymu
Artist of the year- Joe E
Rap song of the year- Osinachi Jaymun