We are sorry for not bringing you the follow up edition but we are here with one of the leading act in the norther entertainment zone, here is HENZEE 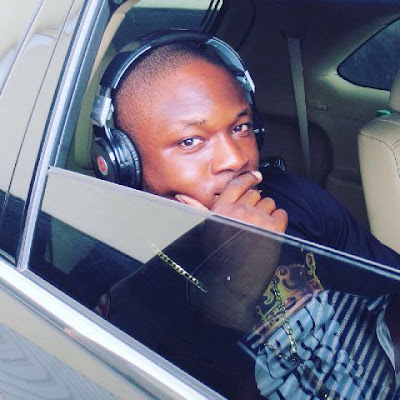 WELCOME TO “LET’S CHAT”AND KEAADAMSBLOG.COM AND AREWACELEBRITIES.COM, WE’VE TRIED SO HARD TO HAVE YOU TALK TO US, WHAT HAVE YOU BEEN UP TO?

Yeah its a pleasure! Actually have up and down trying to make things hook up!

YOU HAVE BEEN ON SO MANY POSTERS IN PH AND THAT MEANS MANY SHOWS, HOW DO YOU COPE?

Yeah it’s kinda difficult because I also work and I travel allot… Many shows in PH but I go for the highest bidder though…Let’s just say I always create time for weekend shows and outside that I cant. 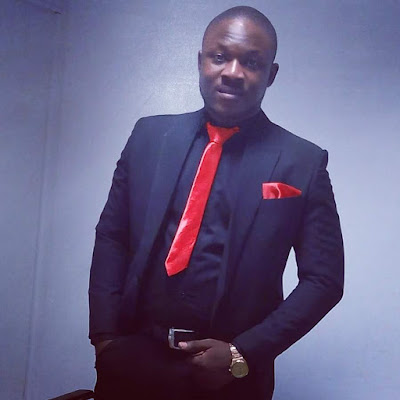 HOW DO YOU BALANCE YOUR WORK AND MUSIC CAREER?

I have -Friday and weekends I pick up ma mic! It’s not easy but its fun… Trust me.

WOW, SO LATELY YOU’VE DOMINATED THE INTERNET TALKING ABOUT YOUR NEXT PROJECT, CAN WE TALK ABOUT IT?

SO WHY OUTTA GHETTO AND WHY WITH BURNING FLAMES?

Well you gotta represent your hood! Am from the ghetto and today my story is a success straight out of the ghetto! Why Burning flames? He has been a very huge celebrity of mine! Way back 2007 he is big in the industry now and we kinda have the same story so i decided to hook him up on it.

I HEARD A LICKED VERSION OF THE SONG AND I MUST SAY IT’S A NICE SONG BUT DON’T ASK ME HOW I GOT IT, HE HE HE WHO PRODUCED THAT SONG?

Haha I don’t underestimate your hand works o! Lol you a guru in entertainment so i ain’t surprised how you did that. Produced by OluwaTeeTee a Benue based producer.

LET’S TALK ABOUT YOUR RELATIONSHIP WITH OTHER ARTIST, HOW CORDIAL IS IT?

Mehn I roll with people very much you can ask! Got so many around! Some i know for long and some I don’t.

I HAVE BEEN FOLLOWING YOU AND MARVELLOUS AND I AM NOT SO SURE YOU CAN TELL ME THAT ALL IS WELL, CAN WE TALK ABOUT THAT?

HMMM, THE SAME MARVELOUS THAT HAVE BEEN YOUR FRIEND FOR SOMETIMES UNTIL A WOMAN SET YOU GUYS APART,

Lmfao seriously if you asks me i would rather say he’s just a dude I see hanging around nothing more.

WELL, NOW THAT YOU KNOW CAN YOU TELL US WHAT WENT WRONG BECAUSE WITH WHAT YOU JUST SAID NOW SHOWS ALL IS NOT WELL.

You see.. A fan called me and told me about all what the young guy said about me on his interview but i won’t say anything anymore “when you fight with a pig in the mud you will get so dirty! the pig will love it but you won’t ” just a proverb o… Am sorry no that’s all i can say about this.

WELL MARVELOUS WAS ON THIS SPOT SOME WEEKS BACK AND HE TOLD US ALL WAS WELL,THAT YOU EVEN TOLD HIM IT WAS ABOUT TIME YOU DO A SONG TOGETHER BUT WAS SURPRISE TO SEE YOU WRITING THINGS ON SOCIAL MEDIA, COULD IT BE THAT THERE IS SOMETHING YOU GUYS ARE NOT TELLING US?

Haha ok let’s get it straight! I made a CYPHER, and th next thing was i made up write ups for him and i was like WTF! As a rapper we make CYPHER’s throw punch lines, sometimes aggressive, sometimes polite, it doesn’t mean am talking to you., A collabo with him? that’s like humans dumping cloths for Leaf’s.

HMMMMMMMM, SHOUT OUT TO MY NUMBER ONE FAN “MARVELOUS ” COULD THAT BE A CYOHER TOO??

LET’S TALK BOUT YOUR ALBUM PROJECT, YOU’VE WON AWARDS WITHIN AND OUTSIDE BUT WE SEEMS NOT TO SEE A VIDEO OR AN ALBUM, WETIN DEY HAPPEN?

A video and album you said? My deal with scarface was to drop an album for his label which i did last year “BORN KING” also dropped a video for No Be Jazz.. Currently we planning on 2 more from the label while personally got plans for the Outta Ghetto video next month.

HMM, YOU’VE WON AWARDS WITHIN AND OUTSIDE ,WHICH WILL YOU SAY TURN THE GAME FOR YOU?

Everything started the day i won the Best Rap act (KEA2014) which added to my game but my game changed when i won the International Artist Of the year 2013 DSA(U.S).

NO DOUBT MUSIC HAVE DONE YOU MORE GOOD THAN BAD, WHAT HAVE YOU DONE TO GIVE BACK TO THE GHETTO THAT YOU STARTED FROM?

I set up a label personally (Megatunez) and went into the ghetto and searched for talents and brought them up! I also created free platforms were artist (up_coming) could promote for free.

THAT IS A LAUDABLE EFFORTS, WILL YOU SAY THE INDUSTRY IN THE NORTH HAS REACHED ITS EARMARK?

Well the truth is we still have a very long way to go! We almost there but not yet so i will say NO…….What then is the problem…..No team work, no supports, only few very few…. Most importantly Pride is also a factor to consider.

WHAT IS THE WAY FORWARD?

WILL YOU SAY THE LOCAL INDUSTRIES, THE MEDIA HOUSES AND EVENT PROMOTERS ARE SUPPORTIVE?

Few of them are actually supportive…  well enough but we can do more in elevating the standard of this great industry.

SO WHO IS THE WOMAN IN YOUR LIFE NOW,I KNOW PLAYERS DON’T LIKE SUCH QUESTIONS ON NATIONAL INTERVIEW  BUT HEY……SET A RECORD.

Haha I stopped taking my relationship issue to the  public but if you are really close to me  you  will know who she is without been told.

CAN YOU GIVE US FIVE ACT TO WATCH OUT FOR IN  THE NORTH?

Yeah,Teddy Bagg, Boi slim, the madeinkrockcity guys, eudallas too am so much looking forward to there best And Mr Laila ,Natty brain, Buzu see, i can’t even mention all.

YOU’VE DONE SO MANY COLLABURATION,WHO ELSE DO YOU LOOK FORWARDS TO WORKING WITH?

Who else…. *thinking* still though but anyone I can and am cool with, i will ;et you guys be in the know as soon as my mind is made up on this.

IF YOU HAVE FIVE MINUTES TO TELL MR GOVERNOR OR MR PRESIDENT ABOUT THE LACK OF GOVERNMENT SUPPORT FOR THE ENTERTAINMENT INDUSTRY, WHAT WILL YOU SAY?

He should look into the entertainment industry and assist the youth, young guys and youths these days all want to go into entertainment, He should create more opportunity for them to come up!, should bring on government sponsored shows, free studio’s etc.

YOUR LAST WORD TO FANS
They are all that matters right now and i love them.

Thank you for taking the hot-spot of “let’s chat” and we wish you well in your musical endeavors, we hope to have you back on the spotlight soon.

#LETSCHAT: Am on a journey and you guys are the fuel I need to fire up…Kobby Jay

#LETSCHAT:I think it’s now our turn in the north to show what we got, DJ CYNCH

#LETSCHAT:If people don’t criticize your work then I guess you are not doing a good job,Kayyswaggz