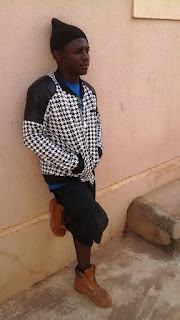 Good Morning friends, my name is Kea Adams and I am happy to welcome you to the first edition of a soon to dominate program, “LETS CHAT” with KEA ADAMS, and we will be doing this every Wednesday and Saturday on Keaadaamsblog.Com and Arewacelebreties.com We have one of the hip hop revulsion from kaduna and he is doing so well and remain almost the true hip hop revulsion, Mum calls him Ziriok but industry knows him as MELANIN.

WELCOME TO “LETS CHAT” IT IS NOT LONGER A NEWS THAT YOU ARE A HIP HOP REVULSIONARY,WHO IS “MELAMIN“
Melanin is a brand of hip hop music from the Kaduna, Nigeria. And who has taking upon himself to reposition arewa Rap music with a movement.

“MELAMIN” IS MORE THAN JUST A MUSIC BRAND, TAKE US INTO TOUR WORLD.
KEA, you are right, is more than the music, is a movement of self discovery  of a Nigerian proud of who he is amidst all the challenges and is a voice of the youth from Kaduna and most importantly telling the world what it takes to be a Nigerian youth speaking from Kaduna, it is a true rap music
TALKING ABOUT TRUE HIP HOP, MUSIC LEFT THE SHORE OF THE NORTH FOR SOMETIMES BUT IT SEEMS TO BE COMING BACK NOW, WHAT HAVE WE DONE DEFFRENTLY?
It means the players of the game has begin to dictate the rules of the game not only allowing someone far way who never crossed the River Niger to do THAT,  The northern entertainers have discovered that they have a good number of fan base to feed, without necessarily going to Alabama

MUSIC HERE SEEMS NOT TO BE AS BANKABLE LIKE LAGOS, WHAT HAVE WE NOT DONE RIGHT?
Kea, first is the dominant culture, but then again we have been trying to create our industry to fit into our society and fan base,Which is totally different from what you get in Lasgidi, We have talents that corporate organizations can bank on and make their money,,  but security has been an issue,,, but an industry can be independently run itself  up here North of the Niger.

TONY WENOM, CLASSIQ, MORELL, PRAIZ, DIJA AND A FEW ACTS LEFT THE NORTH  AND THEY ARE  DOING WELL, DOES IT MEAN THAT MOVING OUT OF THE NORTH MEANS BREAKTHROUGH?
That is what I am saying, we fail to create our industry ourselves, so we could  invite sponsors up north, your record label will sell your brand even when you are talented, we don’t have a record label ready to bank on this guys,,,, Bros they have to leave not that they don’t have fan base in the north,there fan base is here, but there is no platform for them to move their career to the next level

RIVALRY IS ONE OF THE MEDIUM IN  BOOSTING A VIBRANT ENTERTAINMENT INDUSTRY AND KADUNA DON’T SEEMS TO HAVE THAT, HOW HEALTHY
IS  THAT?
Actually, competition has been low, only few like us have been trying to carve a niche inside ‘at all at all’  be that ooo h!. Some think they will stars just recording a good song in the studio……… Imagine Blackface writing African Queen but 2face  making it a global hit….. What I mean is a heat (hit) could  go down with a thumbs up if not listened by the right person…… Na Naija for you, it is not healthy because such brings challenge but we are lacking in that direction.

IS THERE HOPE IN RIVEVING THE INDUSTRY?
Why not KEA, is not reviving, is creating,if you create, you give investors a reason to invest, we have good fan base talking of the Naija music industry, we need to give investors reasons to invest in our talents by coming up here in the north, with huge fan base, We have the talents and the fan base is the platform on which to express one’s talent that is lacking in the North.
THERE ARE MAJOR COMPANIES IN KADUNA, HOW SURPPORTIVE ARE THEY TO THE ENTERTAINMENT SECTOR?
The few entertainment outfits we have in Kaduna are trying to get their own cake individually, those companies may not come to us but as I said, the culture affects its growth, but we need to define our ‘game’ to give them a reason to support us

AND WHAT IS THE GOVERMENT OF KADUNA DOING TO MAKE THE COMPANIES IN KADUNA SPONSOR EVENTS AND TALENTS AS A FORM OF COPERATE SOCIAL RESPONSIBILITIES?
Kea, do government in Eko brought a policy to support youth and entertainment?
companies are out to make money,  without government policies, entertainment outfits can give them a reason to make their money
HOW DO YOU GAIN INSPIRATION TO DO WHAT YOU DO
My inspirations are my experiences, my friend’s experiences my government’s and the society give me inspirations 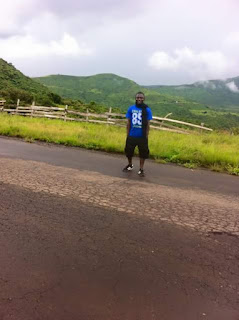 30HRS WAS MASSIVE, WHAT BROUGHT ABOUT IT?
30 hrs came from the pains we where facing as Nigerians during the fuel scarcity, and I had to lend my voice

NAME TWO THINGS YOU WILL LOVE TO SEE DEFFRENTLY IN THE ENTERTAINMENT INDUSTRY.
Especially in Kaduna mean. I will increase artist promotion and record label development,So that artist will not only be stars in their neighborhood but will have a fortune to hold unto for their hard work.

WHICH ACT ARE YOU SEEN AS THE NEXT BIG THING FROM KADUNA?
There is a guy named Tony wenom  who featured  Phyno, he paid his  dues very well and its working for him now  And a rapper known as kheengz,he is bomb waiting to explode.

ANY REGRETS SO FAR?
No regrets in my MUSIC,  its fun because is something I love doing especially when I see the people that love what I am doing get excitement when they listen to my work That alone gives me satisfaction…

WERE WILL MELANIN BE  IN 5 YEARS?
By His grace the brand would not just be a voice from kaduna  to Naija, but a Voice from Naija to the whole world.
YOUR LAST WORD.
Kea you know what? , Melanin is just about to begin, watch out for #ThisisCRS, is all about hip hop is all about creativity from kaduna to the world.

WE APPRECIATE YOUR TIME AND HOPE TO BE YOUR PARTNER IN PROGRESS.
You have always been and get ready because  it seem the train of progress just engaged a new velocity, is a privileged been your guest.
Thank you friends for riding along with us and also remember that you can suggest an act you wanna see next on the show via our email africazfinez@gmail.com or chat us up on 08098019481