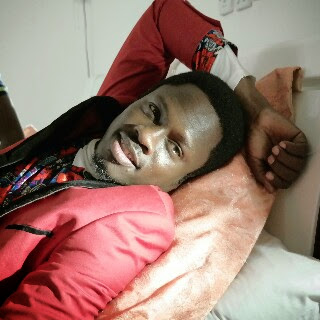 Ali Nuhu was born in Maiduguri town, Borno State on the 15th of March 1974. His father Senator Nuhu Poloma, was then a Customs Officer and his late mother Hajia Fatima Karderam Digema was a caterer. He started his education in Riga Special Primary School, No Man’s Land, Kano from 1979-1985 and obtain his Junior Secondary School Leaving Certificate in Government Secondary Commercial School Airport Road Kano from 1986-1988. He concluded his Secondary School Education in Science Secondary School
Dawakin Tofa, Kano from 1989-1991. He moved on to acquire a Bsc in Geography from the University of Jos from 1992-1997.

He did his Youth Corp in Ibadan,Oyo State in the year 1998 where he participated actively in the Dance and Drama troupe finally representing the State in the NYSC National Dance and Drama Competition after some rigorous training of Bata Dance and the Stage Play titled AYOLE OLOKIKI.
CAREER HISTORY
In the year 1999 he entered the Hausa Movie Industry where he got a break with a movie titled “ABIN SIRRI NE” after that came other blockbusters like DIJANGALA, DANADAM BUTULU, WASILA, SANGAYA, MUJADALA etc which re established him as a force to reckon with in the Hausa Movie Industry (KANNYWOOD) where he is now a house hold name.
As the most celebrated Hausa Actor ever, ALI NUHU recently ventured into Nollywood with the Amstel Malta sponsored movie SITANDA which became such a huge success and earned him Africa’s most prestigious award, ‘The African Movie Academy Award’ (AMAA). Presently he is one of the most sought after Actors in Nollywood with about 30 unreleased movies to his credit.
ACHIEVEMENTS/AWARDS
Best Actor Fina finan Hausa @ yahoo groups award in the years:
2002 with the movie YANAYI 2003 with the movie SUTURA 2004 with the movie RUHI Best Actor AREWA FIMS AWARD 2005 with the movie RAZANI Best Actor Hausa THE AFROHOLLYWOOD AWARD in London Best Upcoming Actor AMAA 2007 with the movie SITANDA Actor of the year Award THE FUTURE AWARD 2008 STARS in the movie Award 2008 ZAFAA AWARD coming Up in October this year in London Presently ALI NUHU has 200 Hausa and 35 English movies to his credit and has featured in two widely acclaimed TV Series namely “WETIN DEY” and “FINDING AISHA”.
He has done a series of concerts in countries like NIGER REPUBLIC,GABON, CHAD and some parts of CAMEROUN where he has a large fan following. He has participated in a couple Film festivals like The ZUMA FILM FESTIVAL, ABUJA INTERNATIONAL FILM FESTIVAL and THE PYONGYANG FIM FESTIVAL in North Korea.
He has widely travelled to NIGER, BENIN REPUBLIC, CAMEROUN, TCHAD, SUDAN, GABON, SAUDI ARABIA, DUBAI, CHINA, NORTH KOREA, ENGLAND and CONGO BRAZZAVILLE.
He speaks HAUSA, ENGLISH and HINDI Languages fluently.

How Eunice Atuejide Has Been Getting Funds For Her Presidential Campaign