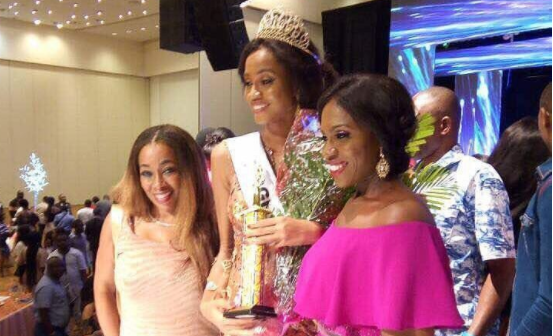 Ihezue Ugochi Mitchel, Miss Kebbi, has emerged as the Most Beautiful Girl in Nigeria 2017.
Ugochi, who beat other 35 contestants to the crown, is the 30th MBGN.
Miss Bayelsa, Miss Sokoto, Miss Plateau and Miss Oyo were the other top five finalists.
Miss Bayelsa came in as fourth runner-up, third runner-up was Miss Oyo, while the second runner-up was Miss Plateau.
Awards in other categories were presented at the ceremony before the top five finalists were announced.
Miss Yobe won the amity award, most photogenic award went to Miss Anambra, award for model of the year went to Miss Kebbi, and best traditional costume went to Miss Sokoto while the best evening wear award went to Miss Bayelsa.
Before now, 2015 MBGN winner Unoaku Anyadike had been the reigning queen for two years.
The pageant organised by Silverbird Entertainment did not hold in 2016.