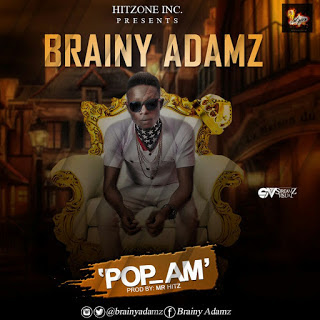 After dropping one of his  hit single ”CELEBRATE” in
2014,The super star brainy adamz who is also known now
as MAGIKDRUMZ,a music producer/engineer and a vocalist
well known in the north and some other part of nigerian.The
hitzone artist although gave a long break from dropping his
singles to get sumtin beneficiary to his career. And now it
seems he is fully back with this  single Title pop_am. Produce by
one of d best award wining producer in the north,(MR
HITZ).could it b that the young artist he is also sign into
sony music as davido and he wana pop it? We don’t know but
But you have to listen to wat he has to say on this one