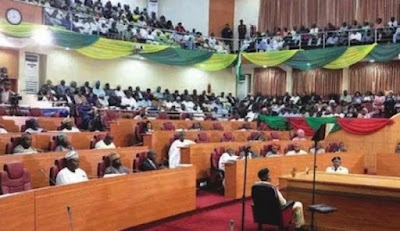 Bauchi State House of Assembly is currently in disarray as members have elected two Speakers in separate elections.

Eleven out of the 31 elected members of the Assembly sat as early as 7:00 am and elected Abubakar Suleiman as the Speaker of the House.

Suleiman is a member representing Ningi Central Constituency and a member of the All Progressives Congress (APC).

Danlami Kawule a member of the Peoples Democratic Party (PDP) representing Zungur/Galambi was also elected as the Deputy Speaker by the same group of lawmakers.