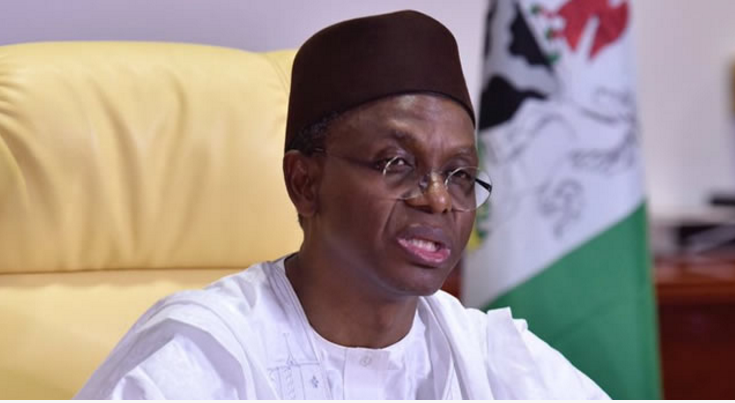 Some policemen attached to the Sabon Gari Police Division, Kaduna State Police Command, have been accused of torturing a 27-year-old undergraduate of the Kaduna State Polytechnic, Kaduna, Benjamin Wankaa, to death.

The victim, who was returning in his car from a party, where he had performed as the master of ceremony, was reportedly stopped by the policemen at a checkpoint at Magangi Gari, in the Sabon Gari area of the state.

PUNCH Metro learnt that things went awry when a cousin of the victim allegedly insulted the cops.

Benjamin, aka MC Cedar, was said to have defended the cousin.

While the Benue State indigene was detained at the checkpoint, the cousin and other occupants of the car were whisked away in a patrol van.

His mutilated corpse was later found in a bush.

Although the incident happened on Friday, the family were not informed until Sunday as the police allegedly ordered the uncle of the deceased to sign a case closure form before Benjamin’s cousin and the others were released to him.

PUNCH Metro learnt that the Sabon Gari Divisional Police Officer also threatened to deal with any family member or friends of Benjamin that talked about the incident.

A relative of the victim, who claimed to have seen the corpse, said there were injuries on the body, adding that his head and hands were broken.

She said, “He was with some classmates, including a lady. The lady, who is our cousin, spoke to the policemen anyhow and they started harassing her. My brother then interfered and that was how the problem started.

“Some of the policemen took our cousin and other people in the car away because they could speak Hausa; they left Benjamin behind with other cops.

“His corpse, which I saw, was mutilated. His head, hands and two legs were broken. He was tortured to death. The police have refused to disclose what happened to us.”

The victim’s mother said the family was bombarded with calls on Sunday.

She said the initial information was that Benjamin went missing before later revelation indicated that he was tortured to death.

“I spoke with him on Friday. He complained of stomach upset and I asked him to get drugs. I called him that day to check if he had taken the drugs. He said he had recovered from the ailment and he was fine.

“On Saturday morning, I called his telephone number, but it rang out. By 10am, the line was no longer reachable until on Sunday when my family was bombarded with calls. We were initially told that he went missing. They later said he was dead,” she said.

It was learnt that the HND I student of Mineral Resources Department lived with his uncle in Kaduna.

A counsel with Joints Legal Action Aids, a non-governmental organisation, Fisayo Okeboyejo, demanded an investigation into the death of the victim.

He said, “Benjamin, while schooling, was into MC jobs. He did this to sustain his educational career. He was with his cousin and some friends and they were coming from a night party where he was the MC.

“On getting to a checkpoint at Magangi Gari, Sabon Gari, his vehicle was stopped by policemen. It was later reported that for reasons known only to the policemen, they called for reinforcement.

“The students in the vehicle, two of who happened to be Benjamin’s cousins, identified themselves as students of the Kaduna Polytechnic, by producing their school ID cards, including Benjamin.

“A patrol van, which had been called earlier, whisked the students away to the police station, while Benjamin was left with the team at the checkpoint.

“Later, the policemen claimed that Benjamin had escaped, only to later break the news of the young man’s death.

“The Nigeria Police Force claimed that Benjamin was found dead along the highway, with some parts of his body broken, especially his legs and hands, which indicated that there might have been torture and brutality on the innocent young man.”

He said after forcing Benjamin’s uncle to sign a case closure form at the station, the victim’s family were also forced to sign a statement that the corpse would not be examined.

Okeboyejo said there was no coroner report on the death, adding that the police did that to cover up the killing of the victim.

He called on the police to give the bereaved family justice.

The Kaduna State Acting Police Public Relations Officer, ASP Mustapha Muhammed, said he was running an errand for the state Commissioner of Police and could not react.